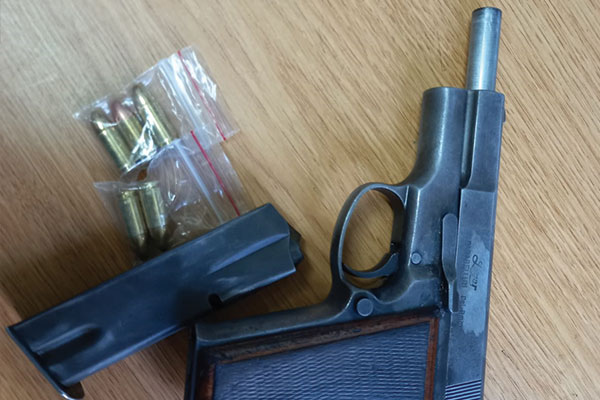 Rustenburg – Kabelo Mkhakha (21) and Lekoa Mopata (25) were arrested on Saturday 6 November for armed robbery, attempted murder and for the possession of an unlicensed firearm.

Police are also looking for a third suspect in the case.

The duo made their initial court appearance on Monday 8 November and were charged with the possession of unlicensed firearms and ammunition. Additional charges of armed robbery were added during their second appearance on 11 November.

Mkhakha was granted R1,000 bail and is expected back in court on 27 January 2022 for trial. Mopata, who is still in police custody, will be back in the dock on Thursday 18 November for a formal bail application.

“The suspects fled on foot and a shoot-out between them and security members of the filling station who followed them ensued at the Big House section in Marikana. Meanwhile, police were informed about the incident and the suspects were arrested,” Botma said.

During the arrest, the suspects were found in possession of firearms and ammunition.

“Investigations into the matter, including the tracing of the third suspect, are underway,” Botma added.
Police spokesperson in Rustenburg sergeant Ofentse Mokgadi said a petrol attendant sustained minor injuries during the robbery. “No items from the robbery were recovered,” Mokgadi added.