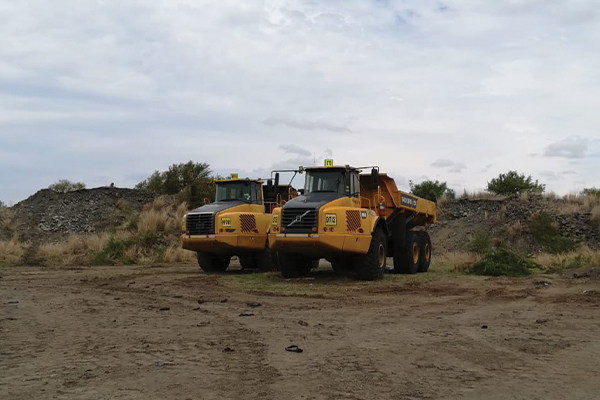 Rustenburg – The Hawks in the North West province have issued a stern warning that the law will come down hard on all companies renting earthmoving equipment to illegal miners. The warning came after police recently arrested ten people for mining illegally using excavators and trucks.

A spokesperson for the Hawks in the North West, captain Tlangelani Rikhotso, said they arrested eight suspects in Phokeng, close to Sun City, on Tuesday 10 November for mining illegally, using excavators and trucks. The trucks were allegedly used to transport the ore to other illegal chrome processing activities.

Two days later, law enforcement agents from the serious organised crime unit and the public order policing units, accompanied by members or the Department of Mineral Resources (DMR) cornered another two suspects at Witrantjies Farm. “The suspects were found mining illegally using excavators. They had no environmental authorisation from the Department of Mineral Resources,” Rikhotso explained.

The 10 suspects were charged with contravention of section 24F (1)(a) and Section 49A (1)(a) of the National Environmental Management Act (NEMA) 107/1998 for conducting a listed activity without environmental authorisation. They will appear before the Rustenburg Magistrates’ Court on Monday 14 December.