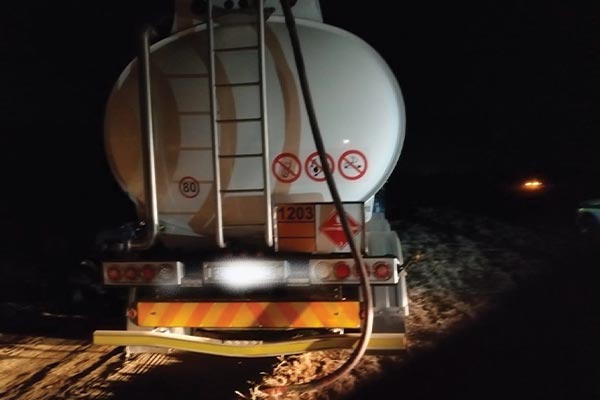 Arrested for trying to bribe the Hawks

Rustenburg – Two people were arrested in Rustenburg on Tuesday 14 July for offering a bribe to a Hawks operative who is investigating the theft of diesel worth R480,000.

A spokesperson for the Hawks in the North West province, Tlangelani Rikhotso, said a trap was set for the two after they had offered to pay the investigator R30,000 for the release of the suspects implicated in diesel theft.

“One of the suspects in the bribery allegedly claimed to be the legal representative of the men who were arrested for the theft of diesel. He offered the investigator R30,000 for their release of the suspects and that of the fuel tanker that was seized at the crime scene,” Rikhotso said. “An undercover operation was set up and the suspect, as well as his accomplice, were arrested while making ‘a down payment’ of R5,000.”

The two, who appeared before the Rustenburg Magistrates’ Court on Thursday 16 July, were each granted bail set at R3,000. They are due to appear before court again on Friday 23 October for trial.