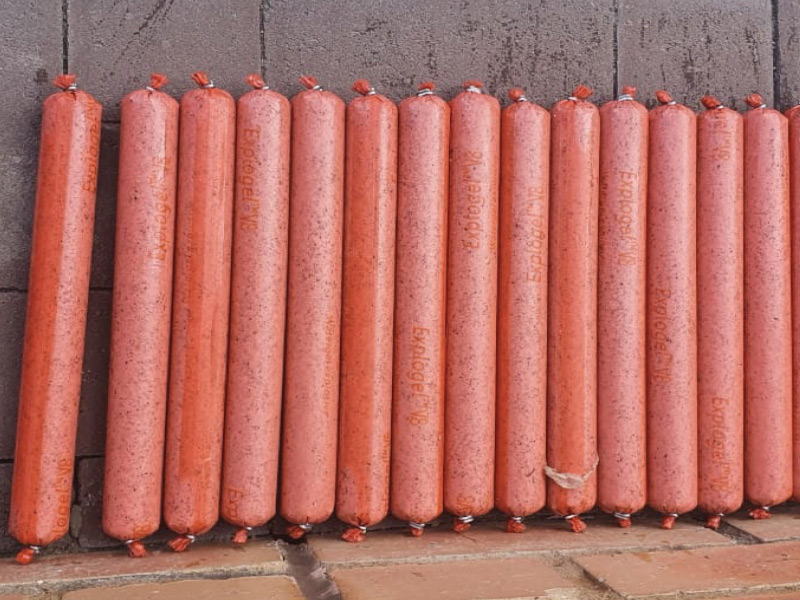 Boitekong/Rustenburg – A man who unsuccessfully attempted to evade arrest for illegal possession of explosives only succeeded in putting himself in more trouble.

Rooi Khoza appeared before the Rustenburg Magistrates’ Court on Monday 24 February on charges of perjury and contravening the Explosives Act.

The 34-year old Khoza was arrested in Boitekong on 19 February by police officers who had been carrying out patrols along the R510 road.

During the patrols, the police noticed a suspicious white BMW without a rear registration plate. They decided to follow the vehicle, which was being driven by Khoza.

“The driver made a u-turn and drove towards the direction of Boitekong Mall. The suspicious vehicle entered the parking area and a siren was activated to identify police presence,” explained police spokesperson captain Elsabé Augoustides.

Khoza fled from the vehicle as soon as he spotted the police.

A total of 21 blasting cartridges and 22 shock tube assemblies, a cellular phone and a set of employee cards were discovered in the car during a search.

Khoza allegedly laid false charges at the Boitekong Police Station stating that he had been hijacked.
“A case of perjury will be investigated in addition to the charge of illegal possession of explosives,” Augoustides concluded.